The eldest son of the Rev. Richard Flavel, John Flavel was born at Bromsgrove, Worcestershire, about 1628, and thus spent his childhood in the stormy years which led up to the Civil War in 1642. Following the defeat of the Royalist cause he ‘plied his studies hard’ as a commoner at University College, Oxford, and then, in 1650, entered the ministry to share in that sunny decade of spiritual reaping which preceded the restoration of Charles II.

Flavel’s life and work was carried on in the county of Devon, first in the country parish of Diptford and from 1656 in the thriving sea-port of Dartmouth. Through the last years of the Protectorate and until that August day in 1662 when about 120 ministers in Devon and approaching 1,800 in England as a whole were turned out of their livings for failing to comply with the terms of the Act of Uniformity, Flavel preached every week at Townstall, the mother-church which stood on the hill outside the town, and fortnightly at the Wednesday Lecture in Dartmouth.

Thereafter he took his place in the suffering ranks of the nonconformists and had a full share of the persecution which with greater or less intensity, and short intermissions, was to continue until James II fled the country in 1688. The repressive legislation which followed 1662, while it broke the evangelical ministry of England in a public sense, scattered Gospel light into new areas and led not infrequently to the use of strange pulpits. We hear of Flavel preaching at midnight in the great hall of a house at South Molton; on another occasion in a wood three miles from Exeter; and – the most colourful site of all (though it could not have been a comfortable one) – at Saltstone Rock, an island in the Salcombe Estuary which is submerged at high tide. But wherever Flavel was forced to wander he was never far from Dartmouth: ‘O that there were not a prayerless family in this town!’ was one of many petitions he offered for Dartmouth.

Taking advantage of the Indulgence given by Charles II in 1672 (for which he and 163 of his congregation wrote an address of thanks to the King) Flavel obtained licence for a Nonconformist meeting-house in the town, and, when this was withdrawn, he stayed at his post until the summer of 1682 when his person was in such danger that he took ship to London on July 10.

In London Flavel joined the congregation of his friend William Jenkyn and narrowly escaped arrest when the latter was seized in September 1684. Declining an invitation to succeed Jenkyn, Flavel again returned to Dartmouth where that same year he was burned in effigy by a mob – and, despite all hazards, maintained a ministry among his scattered flock until that November day in 1688 when the bells of Exeter, Plymouth, and no doubt of Dartmouth also, rang to welcome the coming of William of Orange – an event which led quickly to the flight of James II.

By the time of this ‘Glorious Revolution’ Flavel’s work was approaching its end. Speaking for his fellow-ministers he wrote, ‘We have long borne the burden and heat of the day; we are veteran soldiers almost worn out.’ While visiting Exeter in order to preach he died suddenly of a massive stroke on June 26, 1691, in his 64th year.

[Edited from an article by Iain H. Murray in The Banner of Truth, No. 60 (Sept. 1968). See also Michael Boland’s ‘Introduction’ to Flavel’s The Mystery of Providence in the Trust’s Puritan Paperbacks series and the ‘Life’ in Volume 1 of his Works.]

The centrality of the cross

No doctrine is more excellent, or necessary to be preached and studied, than Jesus Christ, and him crucified. (The Excellency of the Subject, 13)

Experiencing the power of Christ in trials

Take away the knowledge of Christ, and Christians would be the most sad and melancholy beings in the world: again, let Christ but manifest himself, and dart the beams of his light into their souls, it will make them kiss the stake, sing in the flames, and shout in the pangs of death, as men that divide the spoil. (The Excellency of the Subject, 14)

The focus of our leading

He is the best preacher, that can in the most lively and powerful manner display Jesus Christ before the people, evidently setting him forth as crucified among them; and that is the best sermon which is most full of  Christ, not of rhetorical art. (The Excellency of the Subject, 18)

The ones God prefers

Do you covet to be in the heart, in the favor and delight of God? Get an interest in Jesus Christ, and you shall presently be there. In heaven, persons are preferred according to their interest in the Beloved. (29)

When I don’t have as many gifts as someone else

Though you cannot make the gospel effectual, yet the Spirit of God can make the means you are capable of using effectual. And it is certain that your inability to do what is above your power, in no way excuses you from doing what is within your power. (Second Branch of Christ’s Prophetical Office, 121)

What the cross made possible

Out of this fountain [the cross] flow all the blessings that believers either have or hope for. Had it not been for this, there had been no such thing as justification, adoption, salvation, peace with God and hope of glory, pardon of sin, and divine acceptance: these and all our best mercies had never been. (Excellency of Our High Priest’s Oblation, Pt 1, 141)

Labor to be affected by the cross

Hath Christ offered up himself a sacrifice to God for us? Then let us improve, in every condition, this sacrifice, and labor to get our hearts duly affected with such a sight of it as faith can give. (Excellency of Our High Priest’s Oblation, Pt 1, 149)

The necessity of faith to please God

One act of faith in the Lord Jesus pleases God more than all thy strivings to meet the claims of his law, through thy whole life, can do. (The Satisfaction of Christ, Pt 1, 172)

Whatever the instrument be which Christ uses, of this we may be certain, that his providential working is holy wise, sovereign, profound, irresistible, harmonious, and for the peculiar good of the saints. (The Kingly Office of Christ, as Providentially Executed for the Redeemed, 202)

Why don’t we think of Christ more?

The whole honor and glory rendered him in heaven by the angels cannot divert his thoughts one moment from us; but every trifle that meets us in the way, is enough to divert our thoughts from him. Why do we not abhor and loathe ourselves for this? What, is it a pain, a burden, to carry Christ in our thoughts? As much a burden, if they heart be spiritual, as a bird is burdened by carrying his own wings. (The Lord’s Supper, 257)

Taking means of grace for granted

Judas had the best means of grace that ever man enjoyed. He heard Christ himself preach, he joined often with him in prayer, but he was never the better for it all; it was but as the watering of a dead stick, which will never make it grow, but rot it the sooner. Oh it is a sad sign, and a sad sin too, when men live under the gospel from year to year, and are never the better. (Treason of Judas, 281)

The limitations of emotional displays

When I see a person affected in the hearing of the word, or prayer [or worship time], even unto tears, I cannot at once conclude that this is the effect of grace; for it is possible the pathetic [vulnerable] nature of the subject, the eloquence of the speaker, the affecting tone and modulation of the voice [or the musical arrangement], may draw tears as well as faith. (Christ’s Address to the Daughters of Jerusalem, 303)

The foundation of forgiveness

Forgiveness is not only a mercy, a spiritual mercy, but one of the greatest mercies a soul can obtain from God, without which  whatever else we have from God is no mercy to us. (“Father, Forgive Them,” 361)

Grace will not suffer you to rest here. Its tendencies are beyond this world. It will be looking and longing for the blessed hope. A gracious person regards himself as a pilgrim seeking a better country, and is suspicious of danger in every place and state. (The Session of Christ at God’s Right Hand, 516) 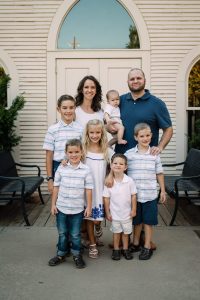 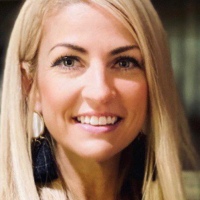 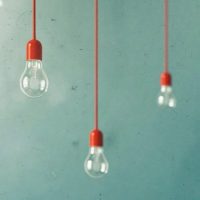