1 Cast your bread on the surface of the waters, for you will find it after many days.
(Ecclesiastes 11:1)

The idea of throwing bread on water only to find it again is clearly a most-unlikely circumstance. If you’ve ever ventured down to one of the ponds we have around Midland, you’ll find parents and grandparents throwing bread with their children out on the water. Of all the things they may have as expectations, the one they do not have is what is described here in verse 1, namely, of finding it again. Either the ducks are going to gobble it up or its going to disintegrate, eventually absorbing up so much water that it sinks and goes away. But they most certainly do not have a plan for finding the bread again, either somewhere downstream or of it ever coming back to them again.

Therefore it’s a strikingly curious statement: “Cast your bread on the surface of the waters, for you will find it after many days.” It’s precisely the unlikely nature of the statement that makes it so powerful. It is a reminder of what God is able to do. When we are prepared to take whatever he has entrusted to us of life, of talent, of resource, of time, and throw it out onto the water of life – the promise of God’s Word is telling us that it will return to us as per God’s design.

Now in very ordinary terms, verse 1 is saying that you will never see a return for an investment until there is first an investment. You only get out of life what you put into it.  If there are risks in everything, it’s better to fail in launching out than in simply hugging resources to ourselves. Far better to make a go of it, to “go for it,” and to see what will return.

It’s a call for Christian resourcefulness, a call to generosity. It’s not a unique call to the Old Testament. Indeed, Jesus had a great deal to say along these lines,

So for example: we take money and we give it to the poor. Do we expect to ever see it again? No. But what does Solomon tell us in Proverbs 19:17,

“One who is gracious to a poor man lends to the Lord,
And He will repay him for his good deed.”

In other words, there is actually an investment factor in taking what is ours and casting it out upon the water:

It’s the same in teaching the Bible. Those of you who teach in any circumstance, whether large or small – preaching, Sunday school, your children in your own household – you sow the seed (Matthew 13:3-8). You throw your bread upon the waters, reminding yourself from Isaiah 55:11,

11 So will My word be which goes forth from My mouth;
It will not return to Me empty without accomplishing what I desire,
and without succeeding in the matter for which I sent it.”
(Isaiah 55:11)

One thought on ““Going for It,” According to the Bible” 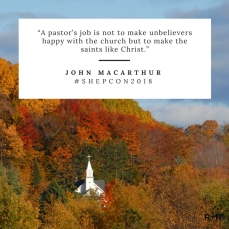 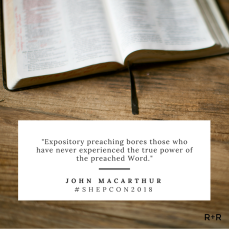 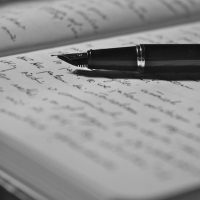 Finding out what serving as a family means

Applying biblical truth to social, cultural, political, and theological issues in our world.